Felix was born in Germany and started to play the cello at the age of seven, picking up the bass three years later. After his first concert with the National Children’s Orchestra of GB as a young teenager, Felix was sure he wanted to pursue a career in music.

In September 2011, Felix moved to London to commence a joint study on cello and double bass at the Royal Academy of Music with a scholarship. His teachers included Josephine Knight, Duncan Mctier, Graham Mitchell, and Dominic Seldis. Whilst on exchange at theSydney Conservatorium of Music for half a year, he studied with Alex Henery.

Playing as Principal Bass with the European Union Youth Orchestra led to the beginning of his professional career, where he began working with the English National Opera, the Philharmonia, the London Symphony Orchestra and the Royal Concertgebouw Orchestra.

Moving to Amsterdam in September 2015, Felix commenced his master’s degree at the Conservatorium van Amsterdam with professors Olivier Thierry and Rick Stoijn. During this time Felix explored the solo repertoire for double bass and was selected to take part in the 65th annual ARD competition for double bass in Munich. Alongside his studies he continued to work with orchestra’s in Holland and beyond, such as the Mahler Chamber Orchestra. In his second year in Amsterdam, Felix got a place on the Royal Concertgebouw Orchestra Academy.

Felix lives with his partner Anne, and during time off enjoys swimming and going to the cinema. 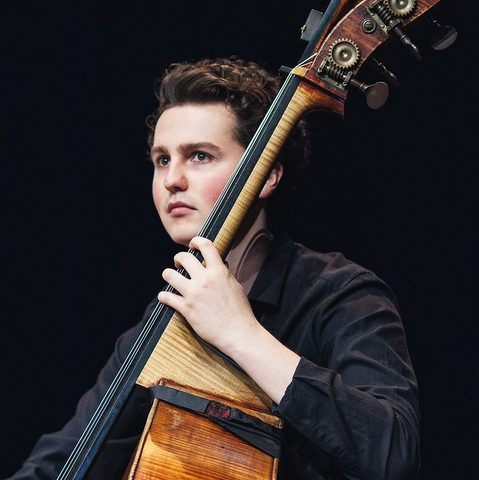